In front of invited guests, Number 19 celebrated its 120th birthday on Thursday August 6th. The event took place at owner Adrian Shooters private line, the Beeches Light Railway, in Oxfordshire. Adrian had calculated that it was on August 6th 1889 that number 19 had been completed by Sharp Stewart.

After its working life on the DHR, Number 19 had been purchased by American Elliot Donnelley who shipped the locomotive to the Hesston steam railway museum in Indiana, where it ran for many years. Damaged in a fire, it remained out of use for a number of years, before Adrian Shooter purchased it in 2002, and repatriated it to the UK. Here it was completely overhauled at Tyseley Works, its original boiler being found to still be in good condition. Adrian had a 2ft gauge railway constructed in his garden and it is here that Number 19 is based.

August 6th dawned a clear summers day, and the sun still shone as the guests arrived. Adrian and his wife Barbara, welcomed guests with a glass of Pimms, prior to a splendid lunch served in the Indian themed Ringkingpong Road Station.

After lunch Adrian cut the celebratory cake, and even Number 19 'enjoyed' a slice. Adrian gave a brief speech, highlighting the career of this remarkable locomotive. It was then that Tom Donnelley, descendent of Elliot, and his wife Barbie, surprised everyone by presenting Adrian and Barbara with the original plates from number 19. Tom recounted with amusement how he had brought these as handbaggage on his flight from the USA. The audience were entertained as Tom told the tale.

As if on cue, the heavens opened and we were treated to a real Indian style monsoon as Number 19, hauling the two Boston Lodge purpose built DHR coaches, proceeded to steam around the Beeches Railway. Truly an outstanding and memorable day, and thanks to Adrian and Barbara for marking the occasion so splendidly. 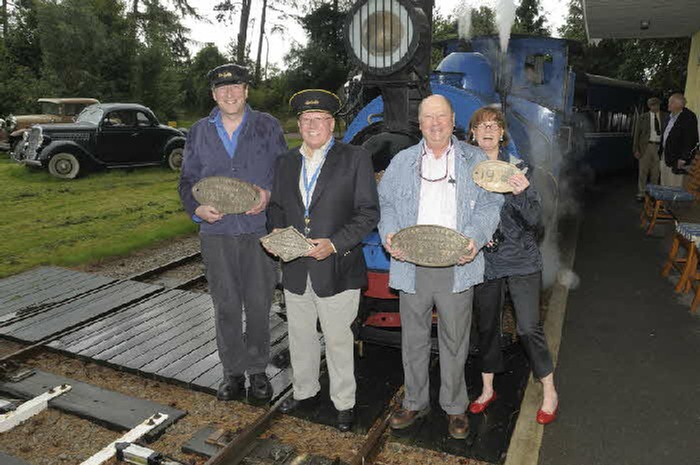 Adrian with the Sharp Stuart makers plate & the No. 19 plate.

All photos by Gordon Rushton 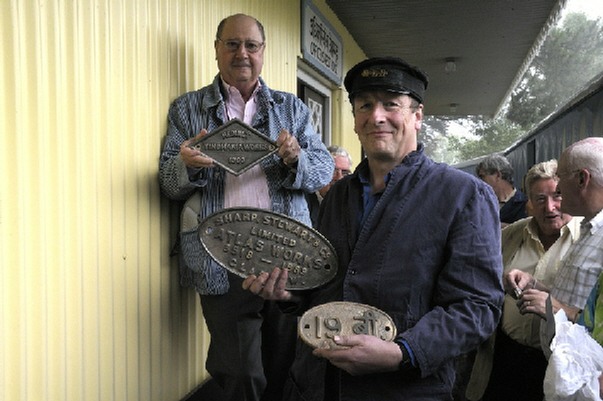 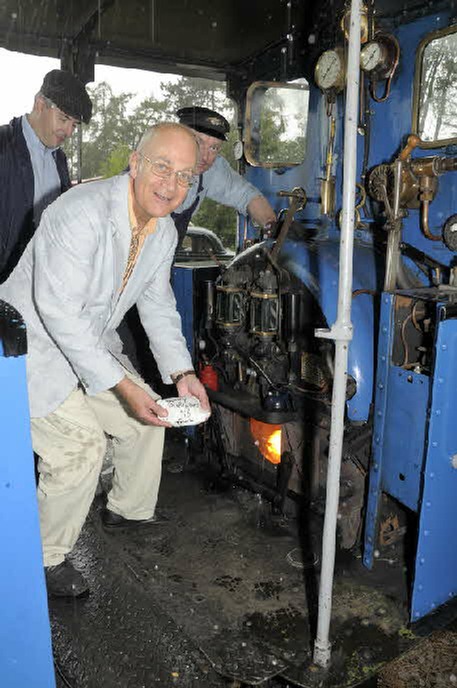 David Barrie presenting No. 19 with it’s ‘Birthday cake’ in good railway practice, on the shovel, into the fire. 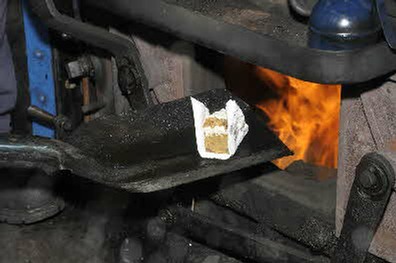